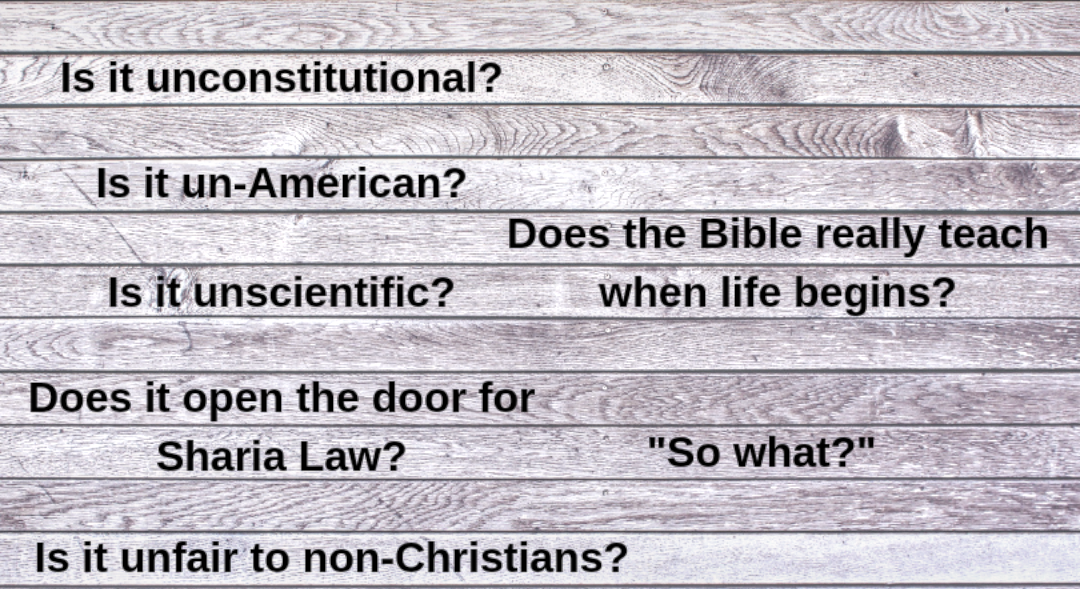 In an article datelined from this morning, May 15, 2019, the “Sun,” a British news website (along with many other news sources) is reporting that the state of Alabama is very close to outlawing abortion after six weeks of gestation. The bill, currently trending on Twitter as the #AlabamaAbortionBan, passed the legislature and, at the time of this writing, is on Governor Kay Ivey’s desk, who is expected to sign it into law [update: by the time I finished writing this piece, she had signed it].

The law, which threatens life imprisonment for doctors who perform abortions, will mark a watershed moment for the pro-life movement and a major advancement for the rights of pre-born Alabama children. Many Christians and conservatives are understandably celebrating this new law—understandably so because it marks a milestone of an achievement for a pro-life movement that has steadily intensified since SCOTUS’s Roe v. Wade ruling in 1973. However, there are many on the political, religious and ideological left who are not celebrating.

Debate between the right and left about the Alabama bill has ranged from cordial and respectful to all-out mudslinging. Much of the debate has centered on the passage of the law itself, but the law has served as an occasion for both sides to revisit more fundamental questions about human nature, religion and the relationship of both to political policy.

This afternoon I had a conversation about the Alabama bill with a law student from the UK, and our discussion wound through questions of constitutionality, morality, and the proper relationship of religious conviction to legislation.

Our debate was sparked by a tweet from Charlie Kirk, president of Turning Point USA, who said,

By the time an unborn child is:

So why do we allow brutal late term abortion?

I tweeted out a reply, and that reply (which has since become my most liked-and-retweeted ever) initiated my debate with my new unbelieving friend. I will share how I answered Charlie Kirk’s tweet at the end of this article. First, however, let us look at several questions arising from my discussion, that I believe Christians need to be prepared to answer.

1. Is the law unconstitutional? Does it violate the Bill of Rights?

My interlocutor asserted that this law, if based on Christian principles, contradicts the First Amendment and the Bill of Rights. Is that true?

Read the rest at The Think Institute.

1 thought on “From the Institute: Seven Questions About the Alabama Abortion Ban Christians Must Be Ready to Answer”